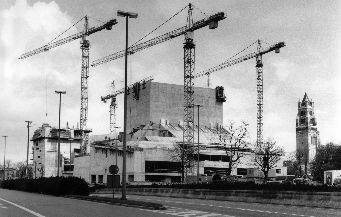 An international architecture competition was launched and the entries flooded in. A short-list was drawn up and the jury led by Gerard Mortier chose the design by two Ghent architects, Paul Robbrecht and Hilde Daem, from eight (anonymous) entries. Apart from the design’s aesthetic and functional appeal, the choice was based largely on the project’s acoustic guarantees.

The first stone, on which calligrapher Pieter Boudens had left his mark, was laid on June 13th 2000. On February 20th 2002 (20.02.2002) the building was officially opened in the presence of the King and Queen of Belgium and at the same time the cultural year was launched with great fanfare. It was no accident that Jos van Immerseel and his Anima Eterna inaugurated the Concert Hall – on the dot of 20.02 hrs - with Joseph Haydn’s The Creation. 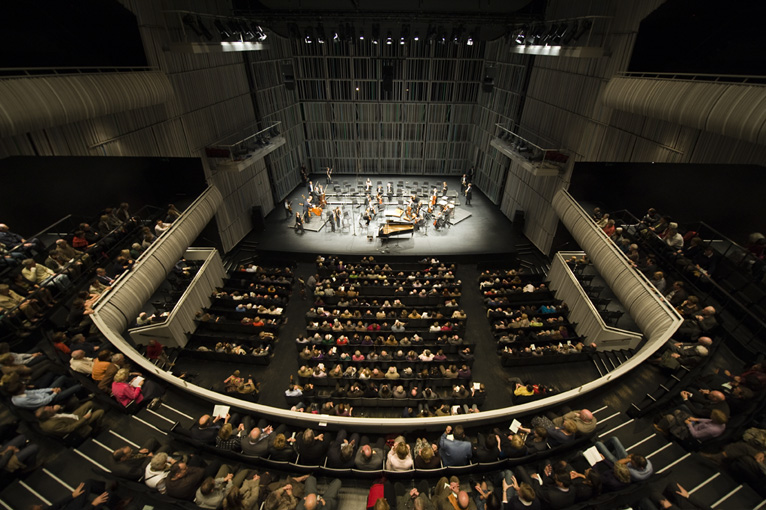