Go to the main content
Read in our FAQ how we welcome you warmly and safely! 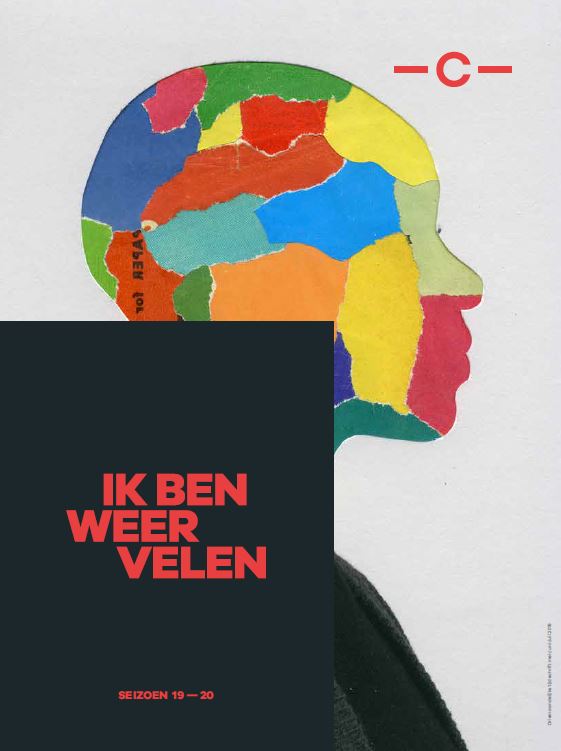 At a time when people are still labelled and put into boxes, we would like to present a more kaleidoscopic picture, because again we are many. In our 19-20 season, we look at art and identity from a variety of angles: we look at the flesh-and-blood person behind the artistic persona; we present art that used to emphasise national identity and pause to question old archetypes… But above all we bring you music and dance that heightens our senses and sharpens our minds. Browse through the brochure and dive into the multiple layers and colours of our exciting new season!

During the 2017-2018 season, you’ll see your Concertgebouw transformed. We’ll surprise and delight you with our brand-new polyphony festival Gold and with new themes for our highly successful December Dance Festival, Bach Academy Bruges, MAfestival and Budapest Festival.

Our 2016-2017 season revolves around Russia and its revolutions. But we will, of course, also be featuring other (revolutionary) artists!

Season 2015-2016 was one long trek to the south. We travelled along in the wake of restless artists, in search of joy, freedom, new stimuli and powerful emotions. Free as a bird, we winter in Bruges, among iconic artists and iconic works of art from Southern Europe and South America, and we dance with them into the night. In this sun-baked season, two composers, with their roots in Spain, Italy and southern France, merit our special attention: Maurice Ravel and Alessandro and Domenico - father and son - Scarlatti.

During the 2014-2015 season, with a Focus on Purcell and Elgar, Concertgebouw Brugge put the crown jewels of British music firmly on a pedestal. Jos van Immerseel revived a beautiful London symphony and Anne Teresa De Keersmaeker created a new work to the music of Brian Eno. In SLOW (36h) slowness was the core of more than twenty concerts, installations, performances and interviews. Speed and the noise of the war were central to the four-day NOISE! Festival.

The 2013-2014 season devoted much attention to Viennese innovation. Three generations of musical innovators were included, with, among other things, a Focus on Beethoven, a happening built around Arnold Schoenberg's Pierrot Lunaire, and a Domain Beat Furrer. December Dance had Wim Vandekeybus as its 'rock and roll' curator. And, last but not least, there was a brand-new festival: the Budapest Festival, featuring the Budapest Festival Orchestra, conducted by their maestro Iván Fischer.

In the 2012-2013 season, composers and choreographers were searching for authenticity, with the help of folk melodies, barbarian dances and legendary stories. With a Focus on Béla Bartók and repertoire by Telemann, de Falla and Bregovic, the European identity and folk culture were central. December Dance highlighted the rich dance offerings of the Nordic Countries. With the MAfestival, Bach Academy Bruges and a Focus on Schubert, the programme once again included a wealth of early music.

The 2011-2012 season was a tribute to reason and progress, with a Focus on Vivaldi and Debussy, and themes such as Prometheus or the requiem. Under curator Akram Khan, the fifth anniversary edition of December Dance took on a distinctly international tint. The Concertgebouw’s own tenth anniversary was celebrated with the festival COME ON! LET'S PARTY!, which was part of the interregional MuzeMuse project.

During the 2010-2011 season - which paid particular attention to medieval music, baroque music (with a Focus on Monteverdi) and romance (with a Focus on Schumann) - the Concertgebouw focussed on emotion. Within the framework of Bruges Central, the cultural city festival, we particularly focussed on Central European artists. The COME ON! BEAT IT! percussion festival, on the other hand, brought together a multitude of styles and genres.

The multifaceted 2009-2010 season was brimming with committed artists, who - in their quest for change and renewal – have determined and are still determining music and dance history. With a Focus on Brahms and a Focus on Leonard Bernstein, the programme was already well-filled. Besides these, there were five other highly divergent festivals, including December Dance, where Anne Teresa De Keersmaeker was the season’s curator.

During the 2008-2009 season, the Concertgebouw focussed on two musical greats: Igor Stravinsky and Joseph Haydn. In eight different concerts, the series THREE presented unexpected instrumental combinations, each featuring three performers. During the second edition of December Dance, the emphasis was on the contemporary dance scene in Quebec, and particularly in Montreal. Bach Academy Bruges focussed on the music of Johann Sebastian Bach.

Bruges and water, Bruges and the sea, there is clearly a connection. The L'O theme of the 2007-2008 season acknowledged this relationship. L'O stood for eight centuries of arts and music culture, grouped together into thematic series and two Focus composers: Bach and Schubert. Highlights were the XXTASE festival, during which Anima Eterna’s twentieth anniversary was celebrated, and the first edition of the December Dance festival, curated by dancer-choreographer Sidi Larbi Cherkaoui.

In the 2006-2007 season, the Concertgebouw selected performers who attach great importance to score research, instrument selection and interpretation. Particular attention was paid to the historic keyboard, contemporary dance, our Orchestra in Residence Anima Eterna, conducted by Jos van Immerseel, and our select group of ‘Friends in Music’. The young generation received special attention with ’First Class’ concerts, heritage classes and a music theatre production.

In 2004, with a season’s theme of The Alps, the Concertgebouw was your tour guide through an elevated selection of music and performing arts offerings. In 2004 there were many new residents. Besides our regular orchestra Anima Eterna, conducted by Jos Van Immerseel, there were also Philharmonia London, London Sinfonietta, Viktoria Mullova, the Danel Quartet and others.

In this brochure - after a successful European Cultural Festival year – the Concertgebouw presented its own first programme. Its keynote was: ‘What can a concert hall stand for in the 21st century?’