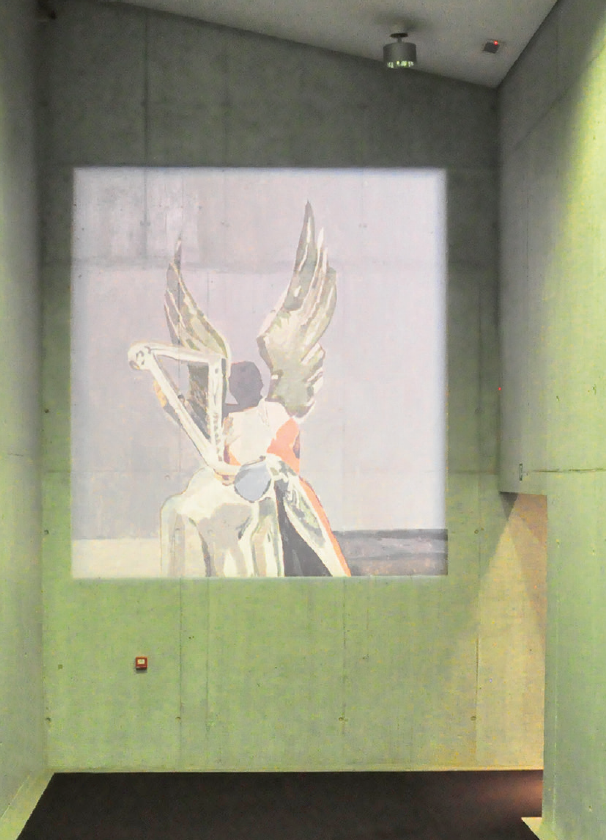 To mark the Concertgebouw’s tenth anniversary, artist Luc Tuymans created a giant mural, Angel, which incorporates elements of the city of Bruges. It is based on a painting Tuymans made in 1992, which depicts the angel Tuymans’ mother placed under the Christmas tree every year.

As part of his Domain in October 2014, Japanese composer Toshio Hosokawa setted the ball rolling with a work for soprano and harp.

Vykintas Baltakas composed a work specially for the Angel Room, within the context of SURROUND!

Belgium’s Annelies Van Parys has composed a work, especially for the Angel Room.

It was the opposition of the Concertgebouw’s raw concrete and the finesse of Tuymans’s exquisite fresco that inspired Wim Henderickx. His creation – born within the BEAT IT! Festival – opens up a new musical cycle for which the composer takes places with a special dynamic as the point of departure.