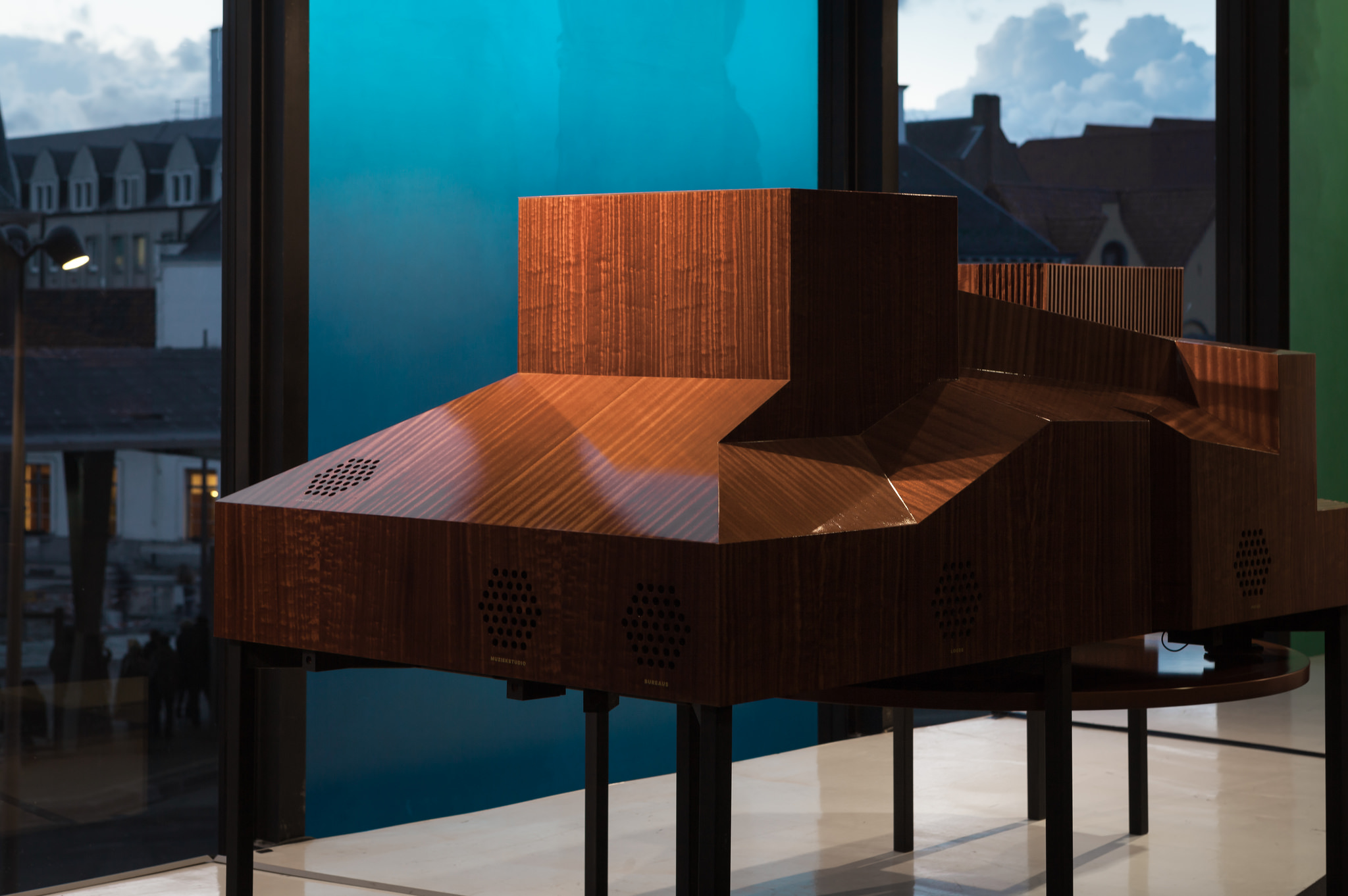 This curious object is shaped like the Concertgebouw, but 40 times smaller. Sound artist Ruben Nachtergaele captured sounds in every corner of the Concertgebouw and created soundscapes that take you behind the scenes of this buzzing beehive. When you stand close to the sound model, you hear the everyday activity in the rehearsal studios, the Foyer, the ofﬁces, the Concertgebouwcafé, backstage ...

You’ll notice that the Concertgebouw is an international arts centre, in which artists from all over the world are at work. With a creative programme built around an annual theme, various festivals featuring both early and new music and a rich selection of dance, it hosts some 165 performances a year. Moreover, the Concertgebouw also puts on some 135 events a year for third parties. That a strong team of some 60 permanent staff, dozens of freelancers and part-timers and more than 120 volunteers is needed to realise all of this, goes without saying.

Not only can you listen to this sound model, you can also play it. The two Concertgebouw halls have been turned into instruments. Strings run through them: piano strings in the Concert Hall and harpsichord strings in the Chamber Music Hall. These strings play when you turn the wheel. The music you hear was written by Belgian composer Heleen Van Haegenborgh especially for this sound model.