At a time when people are still labelled and put into boxes, we would like to present a more kaleidoscopic picture, because again we are many. In our 19-20 season, we look at art and identity from a variety of angles: we look at the flesh-and-blood person behind the artistic persona; we present art that used to emphasise national identity and pause to question old archetypes… But above all we bring you music and dance that heightens our senses and sharpens our minds.

go to the programme
read how you can book online

I am again many*

Johann Sebastian Bach, Ivan Fischer, Anne Teresa De Keersmaeker... illustrious names that need no introduction. Or do they? What do we really know about them, apart from their most prominent label: composer, conductor, choreographer…? How much would a more thorough introduction enrich or even revise our picture of them? At a time when people are still labelled and put into boxes, we would therefore like to present a more kaleidoscopic picture, because again we are many.

We are all a cross-section of a whole series of collections and we are thus all interconnected with a great variety of people. The world is becoming ever more complex and diverse and so in our view of ‘the other’ we have to avoid simplification. In the coming season, we will therefore be considering art and identity from a variety of angles, whilst also calling into question the archetypes of the past. 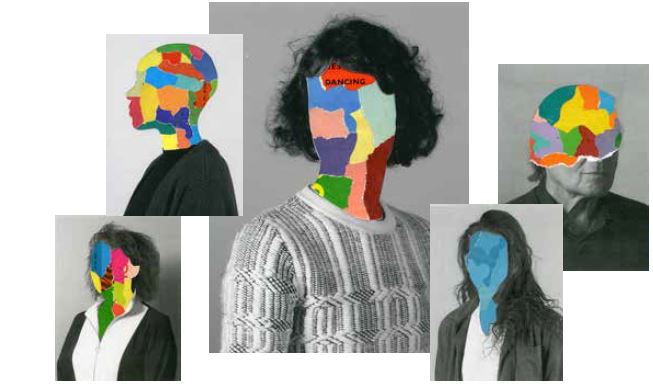 Where are you from? Nowadays, some 250 million people are living in a country other than that into which they were born. Season’s Thinker Dalilla Hermans, is a good example. Born in Rwanda and adopted by a Belgian family, Dalilla has a layered notion of home. She and her Rwandan soulmate, singer Teta Diana, take us to her birthplace. In the coming season, Dalilla will converse with artists and with youngsters in a dialogue that goes beyond human labels. With Elim Chan, she will talk about gender in the conducting profession. And Chi-Chi Nwanoku will explain why her energetic Chineke! Orchestra is still needed to create opportunities for black musicians and composers.

Music and identity: a good century ago that was a simple match, so-called ‘national schools’ were a simple label that gave a nation and its people a uniform personality. This season, we feature works by Masterpiece composers – such as Grieg, Sibelius, Bartok and Rimsky-Korsakov – that draw on their county’s folklore. Ibsen, the author of Peer Gynt, drew on the folk tales of Norwegian mountain dwellers, whilst Bartok transcribed age-old East European folk music.

With his Tanzsuite mit Deutschlandlied, Helmut Lachenmann adds a critical note to all such nationalistic sentiments and Berlin-based Solistenensemble Kaleidoskop give Peer Gynt a thorough update that puts ‘another’ voice centre stage. This season we will often encounter such crossovers between past and present and between folk roots and art: from a mix of hip hop and contemporary dance to the kinship between Baroque music and Mediterranean folk songs.

Identity is thus never static, it is in constant evolution. A striking example of this is the oud, an ancient stringed instrument. This forefather set off from its birthplace in the Middle East and travelled the world, evolving as it went. In the West, it became the lute. In the Far East, the Chinese pipa, Japanese biwa and others. The ud became many.

Four major Concertgebouw festivals take us beyond the showpiece(s). In the Bach Academy we visit the Bach family at home, explore Johann Sebastian's family tree and browse through his library. Resident artists Vox Luminis open Florilegium Portense, a collection of beautiful polyphonic motets. During the festival, this multi-year artistic research project will be give fresh impetus.

During December Dance, curator Needcompany get to wield the keys to Bruges’s cultural centres. Needcompany is again many, because behind this renowned multifaceted company there are three makers who – although their personal work is often very different – are still part of one large family. During the Budapest Festival, we learn that – besides being a uniquely talented conductor – Ivan Fischer is also a composer and a socially committed citizen. Fischer has, for instance, developed a family concert for children with autism and written a children's opera, with a father’s intuition for what young ears like to hear. The new piano festival Too many keys focusses for a day on minimal music. Steve Reich and Philip Glass are naturally featured. But are you also familiar with the black cult-composer Julius Eastman?

This season highlights Concertgebouw Brugge’s multiform identity. If a house is a mirror of identity, then our exceptional Chamber Music Hall is a symbol of the intimacy that is generated there between artists and audience. Such Tête-à-têtes – that intense personal contact between musicians and audience – are central to our ambitious chamber music festival in February. Its 17 concerts will be closed every evening with a pop-up lounge bar on the sixth floor, with a breathtaking view of Bruges.

Our home city features prominently this season, with a festive programme celebrating legendary Bruges composer Joseph Ryelandt and a comprehensive programme from Season’s Composer Bruges-born Daan Janssens. In the second edition of the GOLD festival, the composers and musical sites of 15th century Bruges are also in the spotlight.

This coming season, the Concertgebouw family is again many. We are inviting everyone to join in and – wherever possible – to play an active role. Help colleague Peter De Bruyne to build his interactive installation 100 identity cups. Join the musicians of Anima Eterna Brugge at the table during Dating the Artist. Dance along to the rhythm of choreographer Serge Aime Coulibaly in his latest performance Kirina. And bring your (grand)children along to Iedereen Klassiek or Atelier Matinée. During Unfold Bach, people with (almost) no voices create an aphonic symphony. During a Masterpiece Week, young curators present their own take on Grieg’s Peer Gynt. And the creative multitalents of Soundcast formulate their own response to our Season’s Theme and organise three discussions of identity and broadcast them on their YouTube channel.

Our Season’s Artist this season is a collage artist – given our theme, how could it be otherwise. Anthony Gerace photographed eight people from the Concertgebouw community – artists, staff and audience – and then adapted and edited those photos on vintage paper. This created a multi-coloured composition that invites us to look beyond our first impression.

The very last word is for Beethoven. As is fitting, the maestro’s 250th birthday will be celebrated this season in all intimacy with five pocket symphonies. And as is also fitting, in the two-piano version of his Ninth we all get to sing along with the motto: Alle Menschen werden Brüder.

* ‘I am again many’ is borrowed from the poetic picture book ‘Ik ben weer velen’, with text by Maud Vanhauwaert and illustrations by Sabien Clement .

About layers and colours 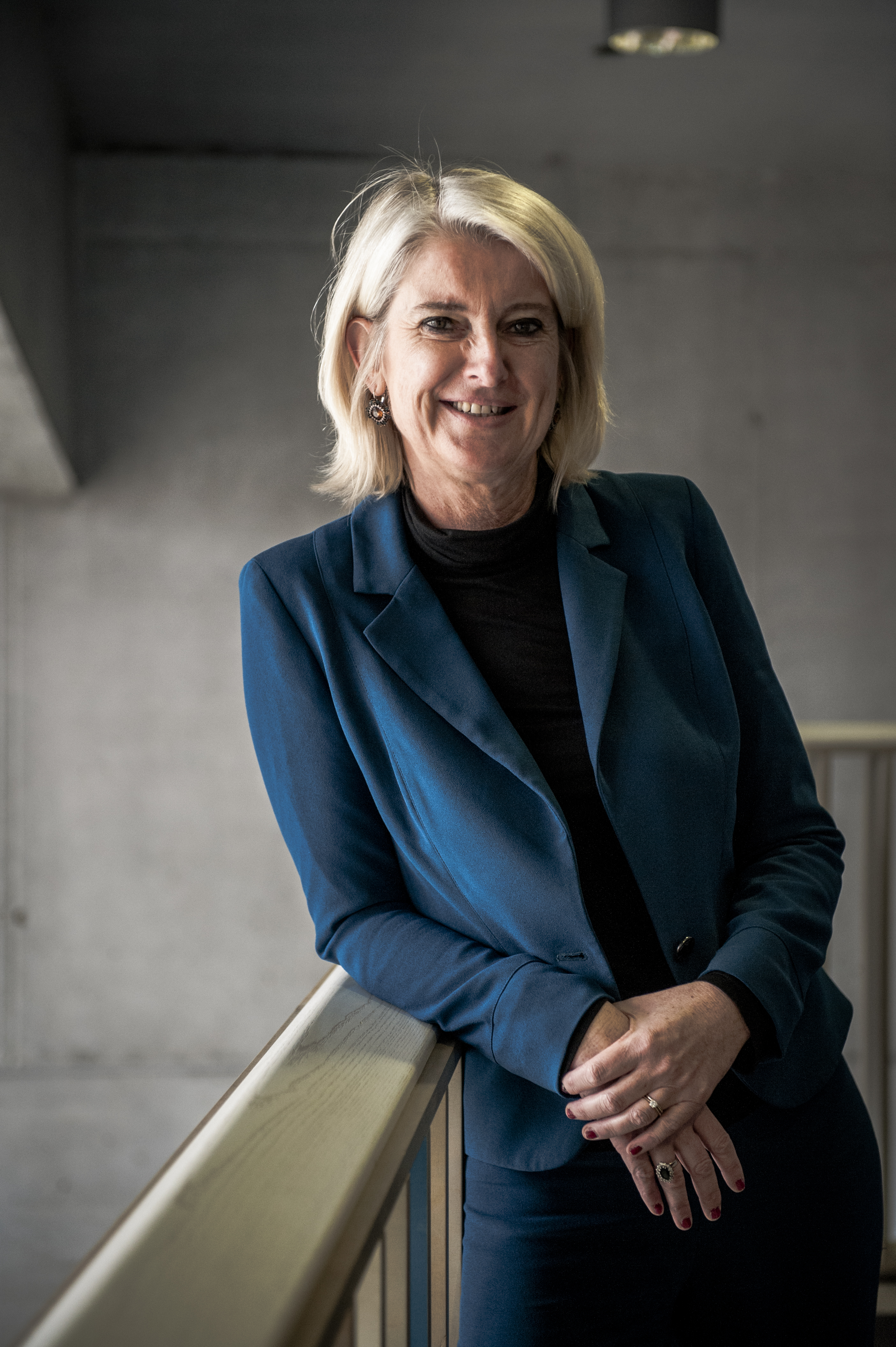 A concert hall with world-renowned acoustics. A Flemish Art Institution in the heart of the World Heritage City Bruges. A hub of contemporary dance. An architectural anchor. A venue for (classical) music: early, later, latest. A love of the visual arts. A workplace, a stopping place, a beacon and a trailblazer.

The Concertgebouw is once again many. Our versatility is our strength. We pull out all the stops to make a difference, not just to concertgoers, but also to society in general. We love to go that bit farther, that bit deeper:  with a Season’s Thinker who considers our season’s theme from all sides, with lectures and courses that broaden horizons, and with encounters that open up new avenues. We appeal to reason, but we also focus on the heart, on emotions and amazement, awoken by that one melody or that one image. Business is in our blood. Our venue rentals are flourishing. Conference organisers, corporate events and private parties are all eager to stage their event in a unique setting with first-rate facilities. And in all of this, we aim for the green and the innovative. As a cultural centre operating in an international arts sector, we are fully aware of the many ecological challenges we face.

The Concertgebouw is by many. Every day, more than 65 Concertgebouw staff – from programmers to technicians to communications staff – do their very best to enable you to enjoy a wide range of art(s). At the back of this season’s brochure (pages 182-183) there is a photo mosaic that puts a name to a familiar face or a face to a familiar name. Together with numerous project-related collaborators and volunteers, we are the living, breathing soul of a people-oriented, personalised cultural centre. We also find partners for our projects outside of our own terracotta walls, not just in Bruges but also far beyond. We are a loyal partner in the Bruges cultural sector, form mutually-beneficial alliances with educational institutions and ensure our social commitment by working together with the OCMW and healthcare institutions. Sustainable partnerships with subsidisers and sponsors give us the necessary financial clout to welcome and inspire our audience and artists optimally. 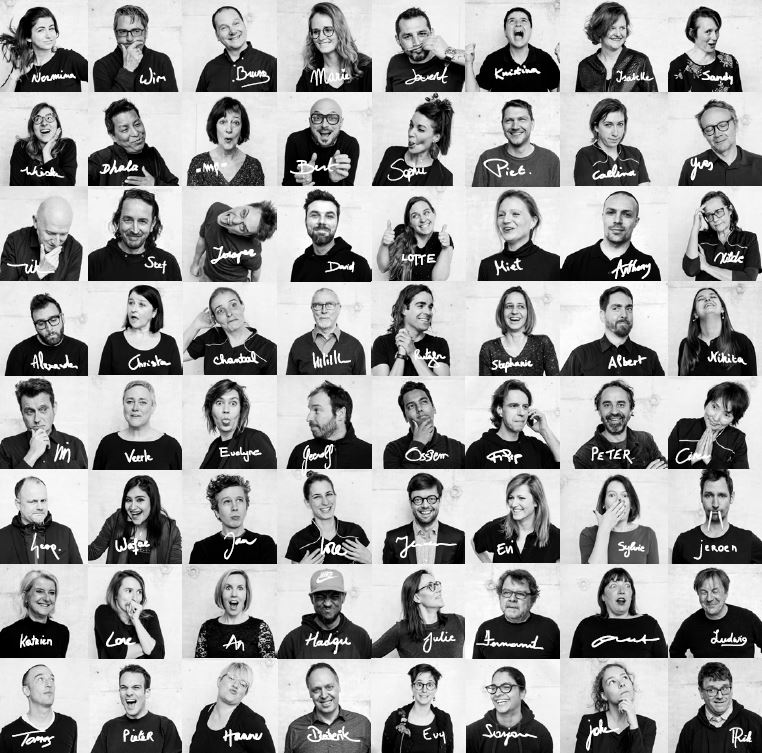 The Concertgebouw is for many. Our wide and varied programming caters for a colourful palette of tastes and interests, but we also want to encourage exploration and awaken new interests. Our website, newsletters, magazines and programme booklets offer numerous suggestions for those who want to see more of the same and those who want to discover something new. We also like to reach out to audiences who find it difficult or problematic to visit us: youngsters, people with disabilities, the financially disadvantaged… we do everything we can to include them in our story. Youngsters, for instance, now feel very much at home here, even the very youngest. And by signing the Family Manifesto in March, we have pledged that we will continue to do our utmost to make the Concertgebouw a welcoming place for children and their families in the coming years. The Concertgebouw also nurtures and supports its artists. We offer them space in which to rehearse and create, for instance. For five dance companies and music ensembles, we are almost literally a home away from home. These resident artists are therefore often in attendance.

This Concertgebouw season is an ode to the many, to diversity and variety, not just in our programming but also and especially in you our audience, in a season that is just as layered and colourful as you are!